In this episode, Don has a conversation with 16-year NBA in-arena host veteran, Ahmaad Crump.  Listen as Ahmaad shares his experience and talks openly about his path to becoming an emcee for the Cleveland Cavaliers.  During their conversation, they touch on several topics including communication between Game Director and Emcee, handling situations with multiple hosts, advice on becoming a successful emcee, common mistakes, and much more! 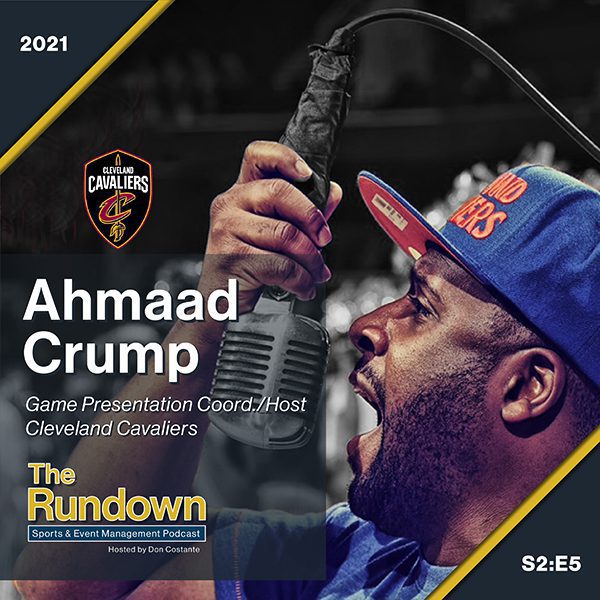 Listen to the latest episodes below, or subscribe to “The Rundown” podcast on any of your favorite devices or apps!